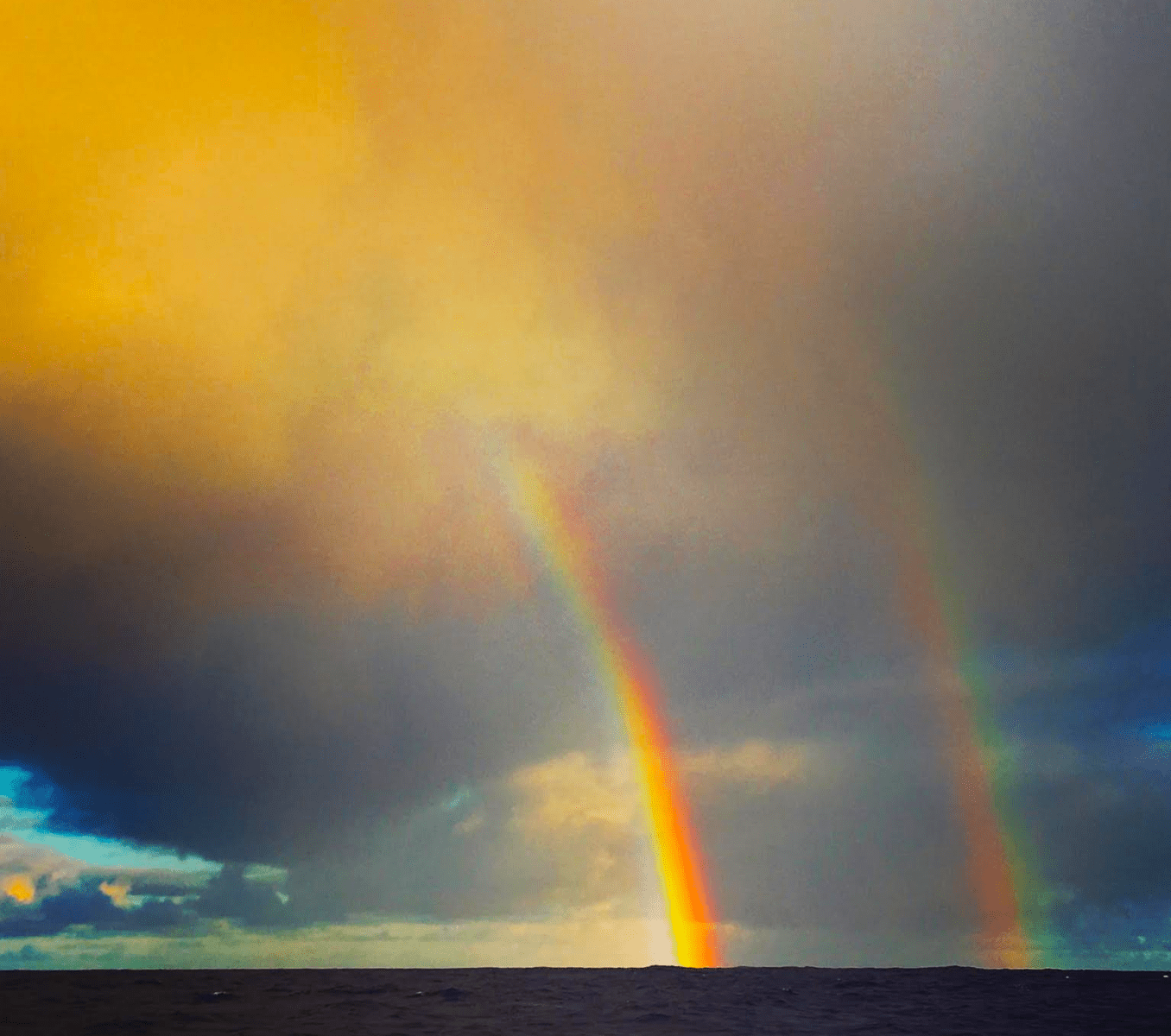 The sunsets lasts as long as the day and ricochet across every cloud in the sky.

I see ancient Egyptian symbols in the world above me. From the pyramids to sphinxes and Pharaohs. The wind of the heavens molding them and morphing them and eventually carrying them away.

Beneath it all, I am a crab crawling slowly across the dark landscape of the sea as the monkeyshines of The Grey Cloud Carriers continue.

If anybody sees the wind of earth please tell it that I miss it! That I have been chanting for it all evening and morning and still it does not come. Please ask the wind if I have done something wrong. If it prefers a different sound, perhaps a song? I will sing it, if it will come.

Between wind chants, I think about Ancient Egypt and how the structure of their lives mirrored the cosmic heavenly order. I think about their dimension transcending rituals and the mysteries of their constructions. I think about Pharaohs as the embodiment of sun on earth. I think about these Pharaohs clinging to their treasures in the tombs of their deaths, because after life there was life. I think about how society moved as one organism, unindividualized, orbiting around that earthly sun. I think about the mass graves containing the skeletons of whole courts, up to 400, buried alive upon the death of their ruling sun, because one is nothing without the other, in this life or the next.

At night I want to stare at the sky until I see a star shoot, but the phosphorescence in the sea is a far more intriguing galaxy.

Like thousands of neon emeralds fragmented until the spray is filled with their spangled light. I head the boat up into the wind a little so that Juniper can create more that sparkles in her wake.

I consider the safest way to tie myself to a line off the stern of the boat. I want to watch the emeralds, grow and glow and collide and fly and flirt and disappear, from underwater, with eyes open.

Logic steps forward and eventually I realize that the view is not worth dying for.

There are now phantom voices and groans everywhere I go, both day and night. They are not just rising up out of the sea anymore, they greet me in unexpected corners of the boats interior.

The phantom voice of the v-berth is a jovial lad. Today I heard him say “Clap your hands, hell yeah!” So I started clapping.

Then the galley sink’s phantom voice is a demonic old hag. During the day she just gurgles, but at night as I’m drifting into a doze, she tries to feed me nefarious commands, “Listen to me now, you will go and….”

Before she can give the full command I snap awake and scream “Shut up!”

Curious what the old hag rising up through the sink wants me to do. I ain’t gonna do it sink demon!

There is a child-like voice that comes in through the deck all day long and says, “Uh-oh, uh-oh, uh-oh.”

I woke up on the wrong side of the quarter-berth this morning. Backwards in it to be precise. I was bummed that there is little wind. I was nervous that land is near and that the engine still won’t start. I was disheartened that Juniper and I look like we’ve been rode hard and put up wet. And we have.

When I stepped into the cockpit to look at the world, Juniper and I were sailing beneath a double rainbow and that changed everything.