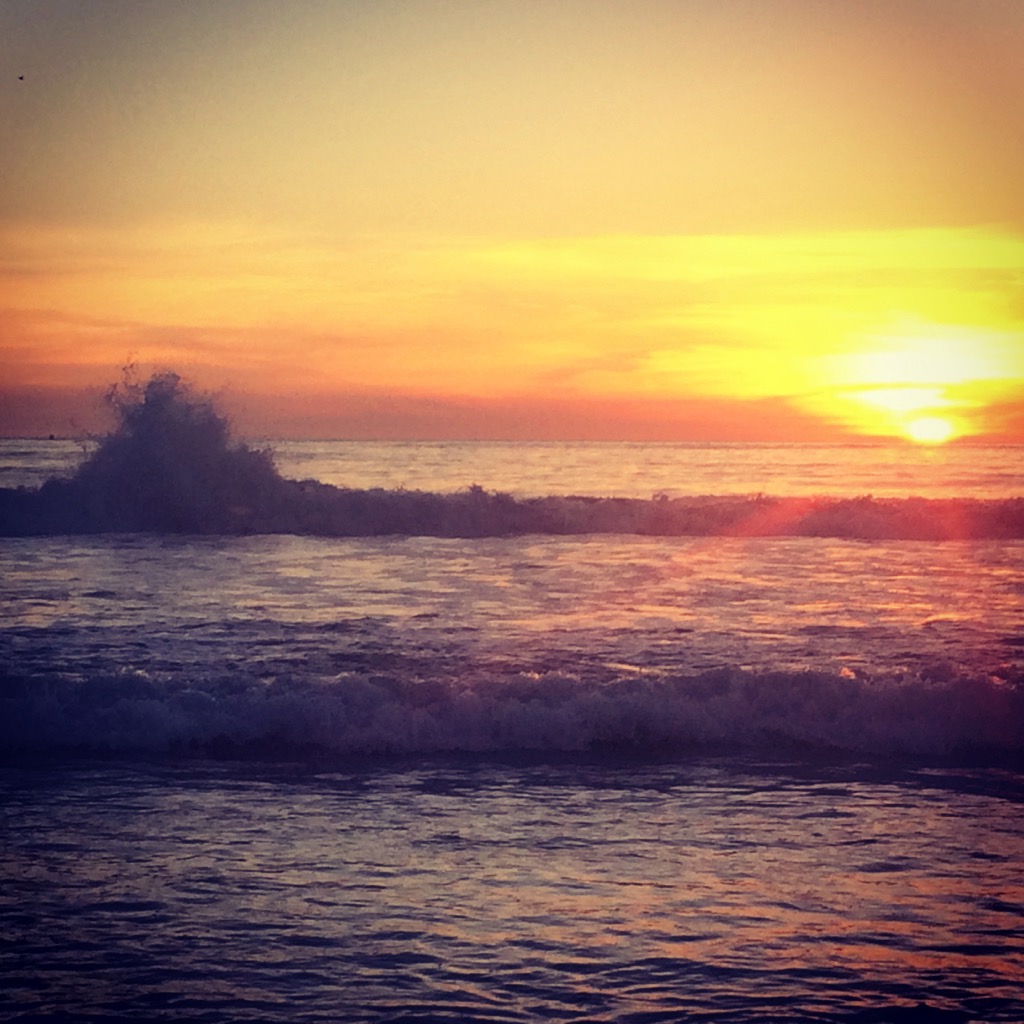 At 9 am, on the morning of the super moon, I got high with a sea turtle.  I did not care for the submarines or the shipwrecks or the smoke water rings, I only had eyes for that turtle. We were eyeball to eyeball, but I was the one upside down. Under it’s spell, in some blue oblivion. It’s so strange to be surrounded by a world made of oxygen atoms that I cannot breathe. Where are my gills? What happened to my tail? I want scales instead of skin, fins instead of legs. I want to feel all squishy and cold. I want to inhale bubbles!

Speaking of bubbles, I hear that some people have been going to the grocery store in their snorkeling gear, at least here in Hawaii that is the case. People have gotten so creative with their Covid protection.  I have now decided that the mystery provided by everyone’s masks is extremely sexy. I wear a pink bandana over my face and it makes me feel like a bandit.

Anyway, at 1 pm, I went surfing with my friend Madonna and her three kids. Her youngest is 5 and he can surf better than me. He teaches me how to read the waves with my eyes closed, as if we were blind and the sea was made of brail. They live on a boat near to me. Everyone I see these days, lives on a boat near to me. Social distancing has forbidden me from shaking beyond the marina circle. At least it’s easy to keep a hula hoop distance on a boat or in the water.

At 4 pm, I read about John Prine dying from the virus. I cried. A lot. I first heard his music while I was playing pool with a one-eyed, one-armed man, at a bar in some podunk town in Missouri. It was college, the song was called “Illegal Smile.” And I always wanted my wedding song to be “In Spite of Ourselves,” by him and Iris Dement. I am crying now writing this. “In spite of ourselves, will end up a-sittin’ on a rainbow. Against all odds, honey we’re the big door prize. We’re gonna spite our noses right off of our faces. There won’t be nothin’ but big ol’ hearts dancin’ in our eyes.”

At 5 pm, I headed towards Koko Head with the wind and the sea following me. Juniper had all of her canvas flying as she rocked sweetly towards the east. I was playing John Prine loud on my speakers.

Three friends were with me. A couple, Steve and Simone, and my neighbor who I call Captain Casanova. He calls me Captain Tinkerbell, because I am always tinkering with the boat, little does he know, I am often breaking more than I’m fixing.

Steve and Simone once toured the states in a van decorated into the shape of a beaver- think of the movie Dumb and Dumber- and sometimes young women would flash them on the freeway as they passed. He is from Milwaukee and she is from Germany. They met on his boat in Fiji. Casanova is a firefighter who always has a pod of hot young women surrounding him and giggling. He also throws wild karaoke parties on his boat.

At 7 pm, the four of us watched the sunset behind us in the west and moments later the super pink moon bloomed directly over Molokai. It was the color of dragon fruit and hung like a love letter in the sky. The moons gravitation tugged at the tides beneath us and we swayed like vibrations floating off of a stringed instrument within her pink lunar tidal pattern.

This is the ebb, this is the flow, even in the throat of night.

At 8 pm, we made our way back. Tacking upwind towards Waikiki. The buildings on the shore were all lit up with messages that shined from their windows. One shouted “LOVE,” another sang “ALOHA,” one made a red heart, and another said “HI.”. “Love, love, love, Hawaii!”

We all need love now, yes. Love. Lots and lots and lots of love. I keep dreaming about hugs. Last night my dream gave me a hug and that hug swayed back and forth like a wave and I said, “Thank you, you feel like the ocean.”

Everything is sexier with the sea inside of it; dreams and humans alike.

At 9 pm, the wind died, I turned on my engine, then the engine started smoking and my oil light came on. We killed the engine and Steve said “If it’s not broken, you ain’t boatin.” I checked the oil dipstick, while Captain Casanova played Meatloafs’ “I Would Do Anything For Love (But I Won’t Do That).” What was it that Meatloaf wouldn’t do?! There was plenty of oil. We turned the engine back on.

If you don’t love fixing things, you shouldn’t own a boat.

At 10 pm, we headed into the channel. I have never been through it at night. Gosh darn it was dark and the waves were crashing on the reefs all around. And I have never had to use the parallax effect to find my way into a channel. That’s when there is a red light on top of another red light and you have to get them to line up. When they are lined up, you are in the middle of the channel. If they are catawampus, then you’re about to be up on the reef.  And it’s hard to get them to line up. I kept turning the wrong way, not knowing which way was right.

Every way is the wrong way in limbo.

At 11 pm, I fixed a broken silver necklace with Teflon tape. That’s this type of tape that I wrap around the threads of my new boat parts, like my thru-hull fittings, to help get a watertight seal. During this time, it is important to use ingenuity to fix and construct new things.

At 11:30 pm, in an attempt to become a better mortal, I did a shadow-work mediation. It’s a 45-minute mediation where you talk to your dark side. Everybody’s got a dark side. It’s that masochistic part of you that likes catastrophe. That likes feeding you to the jaguars. That gets off on watching you burn- again and again and again. At first, you’re like oh that feels good and then your like ouch, damn that’s hot, that hurts! And your shadow’s like, “Do it again, touch it, you freaking pansy, you deserve it.”

And this whole pandemic has been getting me way too close to the darkness. It’s like how many times do I have to learn the same damn lesson? For example, the other day I made out with someone who is clearly an alcoholic. Then I did the same thing, with the same man, the next day, and the next day. And it’s like just because he is my age and has a sailboat and is mechanically-minded, I start rocking rose-colored glasses and think everything about him is cherry. I’m an idiot.

So, I meditated and as soon as my shadow crawled out of the canyon, I was like “Yo what up shadow, what part of you is wounded and turning me blood-thirsty?”

There were no stars. I was barefoot and glowing orange. I didn’t have a mirror, but I am sure that I looked dashing. My shadow, on the other hand, looked like a shark had just spit her out. Rats nest on her head. Hands bent back the wrong direction. She was a ball of black on top of a serpent’s body. Fangs a mile long. I could smell her thunder. I could see fireballs in her fists.

My shadow was like, “Olivia you created me, trapped me, fed me. When you were young they medicated you. Told you that you were crazy without pills, and you believed them. That’s when you gave me a pulse. When you were young, they told you that nobody liked you, that they wanted to kill you, and you believed them. That’s when you gave me my venom. When you were young, you thought you found love, but he left you for your best friend. Told you, you weren’t enough, and you believed him. Told yourself you were an unlovable nothing. A nothing that nothing would ever want. That’s when you gave me my claws, my tail, my power. By the time you were in your late teens you were doing whatever you could to run from yourself. You were high on drugs and booze and getting tossed around life like a rag doll in a tornado. Holding onto all their loveless words like the trinkets and treasures of pirates. And now here we are trapped together, and I’m that breathing, beating thing, that’s filling all the empty spaces of your heart. This is your life without self-love. As long as your broke, I can only bring you the broken.”

At this point I’m dry heaving. I don’t want to break anymore. I want to fix boats, not men! I gulp air. I vomit. I’m a pigsticker on horseback, ready to rumble with a spear.

My shadow starts singing along. And we’re both tip-tapping and with each tap of her tail a piece of her darkness disappears. We dance until she turns into a tiny goddess with a flower crown on top of her head. Golden light is flying out of her body and up into the heavens. We hold hands. We drink frankincense until we are both wise and rising. We are one, letting the wind take our troubles away.